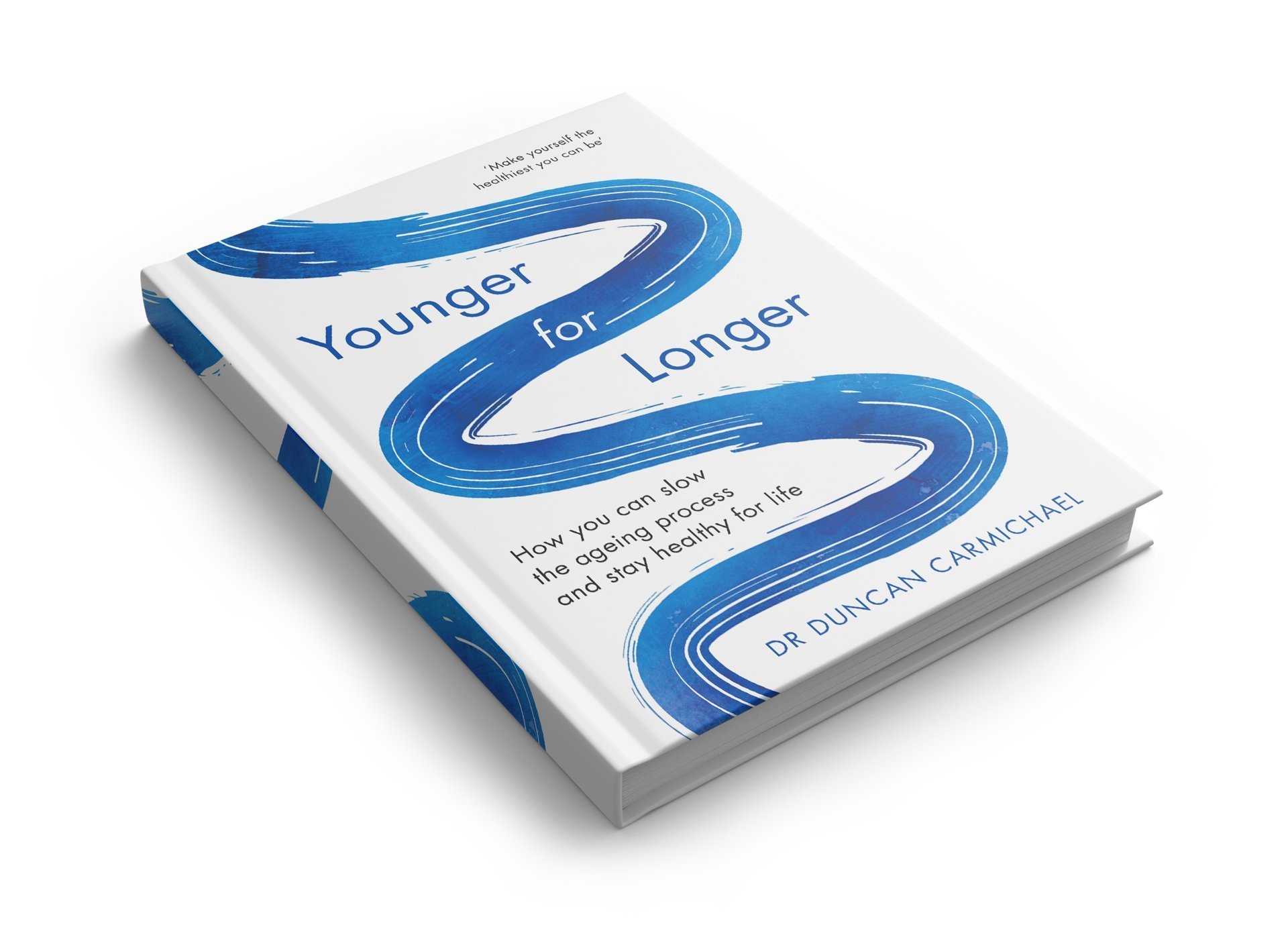 An excerpt from the book ‘Younger for Longer’ by Dr Duncan Carmichael, available from IHA.

‘It ain’t what you don’t know that gets you into trouble;
it’s what you know for sure that just ain’t so.’
Attributed to Mark Twain, probably incorrectly

When it comes to dispensing advice we doctors have a mixed track record, and that is putting it kindly. On the plus side, we long ago stopped recommending what passed for first-rate treatment in medieval times – a course of leeches to such out bad blood and thereby balance your four humours. Yet that pales next to our worst recommendation: that smoking was a healthy way to cut stress. While the slogan ‘More Doctors Smoke Camels Than Any Other Cigarette’ was a marketing triumph, it remains a toe-curling embarrassment for my profession. (1)

That sort of bad advice is pretty easy to spot – it is simply wrong. It is far harder to see where my profession errs in giving second-rate advice, or even in failing to know what to tell our patients. It is not that we are being obstructive; it is just that knowledge evolves quickly, and medical bodies can be slow to change what they advise.
Perhaps the most obvious example of this is our failure to recognise the importance of ‘enhancing health’. As doctors, we have become very good at treating illness. However, treating an illness without optimising your health is like emptying water out of your boat without fixing the leaks. For example, for years we promoted low-fat eating to help heart -attack patients, but what we failed to see is that this advice often resulted in higher sugar consumption, which promoted more heart attacks. We are good at treating heart attacks, but we could do much better at optimising health to prevent a heart attack in the first place.

That, very briefly, is what this book is about – giving the reasons and showing the advice that will optimise your health, to make you the healthiest you that you can be.

This seems to be the logical approach. After all, it makes little sense to think about our health only when something goes wrong; instead it is wiser to be proactive, to strive to avoid illness and to maximise our health. Yet rising global obesity rates show the world has been going in the opposite direction. The danger is that if we do not fix this problem then society will pay dearly, and in more than just financial terms.
None of which is to say that the focus on treating illness is a bad idea; indeed, it is essential. Take, for example, the United Kingdom’s National Health Service (NHS), which provides free healthcare for anyone who needs it. Before the Clement Attlee government set up the NHS in 1948, those who could not afford to pay a doctor simply didn’t see one, and that could be fatal, as my maternal great-grandfather, Albert Russell, found. Albert contracted pneumonia while out seeking work in London during the Great Depression. he lacked the necessary sixpence for a doctor’s visit, and died shortly afterwards leaving behind a widow and two young children with all of the impoverishment and misery that entailed. Less than two decades later Albert Russell would have been treated for free and he might well have lived.
The NHS remains largely a world-class health facility despite having its grand vision pared back by budget cuts. As you might expect, the mix of ailments it treats has changed. When the NHS opened, 15 per cent of deaths in England were caused by pneumonia and tuberculosis; today those account for less than 5 per cent. (2)

Deaths from cancers, on the other hand, have nearly doubled. Treating illness. then, is only half the battle; the other half is working to stay healthy for as long as we can. And if you are wondering how we are doing on that score, the answer is: not very well. We will see in the chapter on inflammation that most of today’s deaths in the developed world (and increasingly in the developing world) are linked to inflammation. What contributes to inflammation, you ask? Some of the most important aspects are lifestyle factors such as consuming too much sugar and alcohol; smoking and stress; and lack of exercise. All conspire to leave our bodies inflamed and unhealthy, which for most people will culminate in their needing medical treatment.

Ignoring our health, as so many people do, typically results in a slow and sometimes tortuous decline in the final decade, characterised by reduced mobility, lethargy, medication, depression and perhaps an operation or two. Yet with a little luck and a fair amount of effort, all of that can be avoided. As we shall see, taking care of our health today brings lifelong benefits.